When was the last time you received a written letter through the post?  It could be argued that the era of letter writing is over and that there seems to be little point in teaching this skill in primary schools. Digital media has created a more convenient and high tech way to communicate with each other.

Have you had a letter recently?

When was the last time you received a written letter through the post?  It could be argued that the era of letter writing is over and that there seems to be little point in teaching this skill in primary schools. Digital media has created a more convenient and high tech way to communicate with each other.

As a small child myself I was sent to Ireland by plane with a Paddington Bear style tag around my neck for my grandmother to look after me whilst my mother worked; my grandmother insisted that I write a letter every week to my mother.  It started off as a chore, but as more exciting things happened day to day, I became impatient to get it down on paper and to relate my childish ramblings (both physical and metaphorical) back to England.  The solid sound of the envelope plopping into the post box was reassuring as I knew that I would hear again that satisfying slap on the doormat of my grandmother’s house a week later as my mother replied.

Of course hardly anyone seems to write letters anymore. Why would we when everything can be shortened, squeezed and instantaneously and miraculously appear on your phone or laptop in a matter of seconds? Whether you are Snapchatting, Instagramming or Tweeting. However, this brilliant technology poses many risks. A handwritten letter, which has been slowly considered from every angle so as to avoid mistakes and a stroll to the post-box, painted bright red almost as if to warn you to be careful of what you drop in there, gives you time to reconsider what you’ve written. A text or email, however, can be dashed off and be flying through the ether before you have even had time to regret pressing that send button. Yet there is plenty of time afterwards to reconsider or even lament that you did! 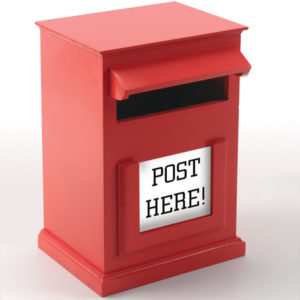 This postbox is ideal for posting their activity through once it has been completed so they know it has been finished.

Even though when corresponding, we are obviously concerned with what information we put in and how we can impart it. Probably the most important element is who we are writing to.  This is where pupils can learn to write for specific audiences.  By doing this they learn how to use tone and language in distinctive ways to create meaning and to avoid ambiguity.  Let’s face it, who hasn’t sent that odd text or email that read back could be seen as rather patronising or even insulting?

Letter writing brings in many skills that are transferable.  Every word has to be placed precisely so as to make your meaning absolutely clear.  This also allows your thoughts and ideas to create a sense of authenticity.  There are so many pitfalls in life where a badly written letter or email could prevent you from getting that job, that university place; close that deal or be given that contract.  This is why it is essential that every child learns how to use grammar, punctuation and is taught how to structure their ideas in order to articulate them with confidence. 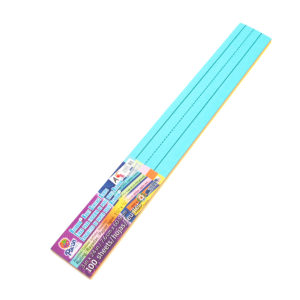 The perfect time saver for literacy sentence work. The five different coloured strips make them ideal for group use.

Naturally the educational aspect of letter writing cannot be underestimated.  Whether in SATs or later on in GCSEs, children are expected to understand the difference between formal and informal writing.  They must then adapt their vocabulary and style for each.  They need to learn how to proof read their work, an essential skill for the rest of their school life and beyond. As early as primary, it is anticipated that they would learn how to write messages, notes and letters. 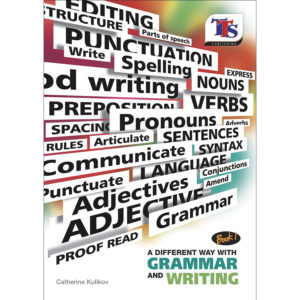 Teacher’s guide to grammar and writing in relevant situations.

Letters are significant because you are reliving those experiences again as you write.  It makes the experiences very real, but letters are also filled with flourishes and exaggerated emotion in your desire to share your experiences with another.  It is where fiction and non-fiction writing meet if you like. So whether the letter is to an organisation, a loved one or even to Father Christmas; with each and every one you are essentially giving a little part of yourself as you write it.

Letters give us a chance to engage with another person on a more intimate level. My partner and I fell in love whilst writing to each other over a long distance.  We did this until we could finally live together and I kept every one of them. So letters can also be valuable keepsakes and snapshots of all the various moments in our lives.

This blog was written for us by Estelle Ross, a teacher of English for over twenty years.