A cross-curricular STEM kit for 60 pupils to each make their own periscope and discover how it works.

Posted in: Primary / Science / STEM
Posted on Wednesday 26th June 2019 by Katie Addison
← Return to Blog Home
A fantastic cross-curricular STEM activity for 60 pupils. Supported by a lesson plan, PowerPoint and pupil worksheet. Once built, students can decorate and personalise their Periscope.

Associated resources (all available under the ‘Supporting Materials’ section here:

Fold into a box shape with the score lines on the outside.

Open the box out flat. Use the protractor and ruler to mark four lines 7.5 cm long at 45° as shown. Cut slots roughly 2 mm wide along these lines. These will be used to mount the mirrors. 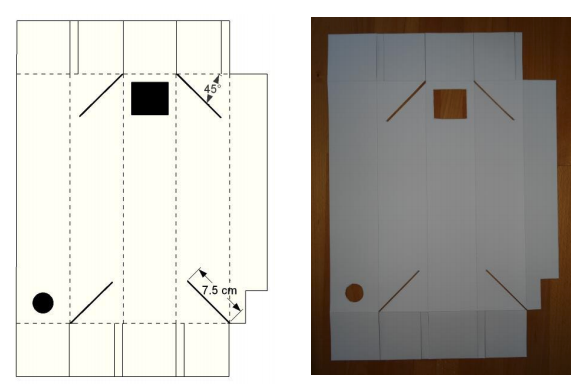 Turn the box over. Fold down the four narrow flaps and tape in position. This is to reinforce the ends of the slots when the mirrors are fitted. Don’t block the slots with tape. 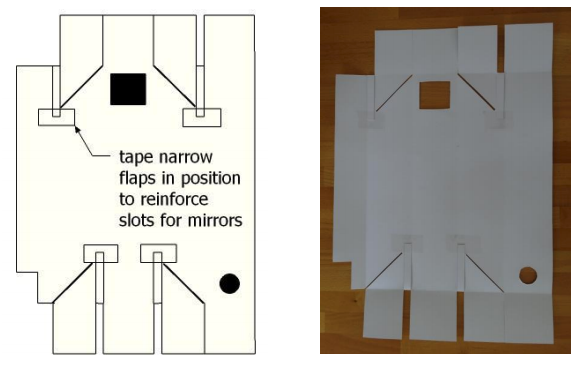 Fold the box up along the fold lines in the order shown. The dashed lines should be on the outside. Tape up all the seams with transparent sticky tape. Be careful not to block the slots with tape. (N.B. If you have painted the periscope you could glue up the seams instead; the sticky tape doesn’t stick as well to paint.) 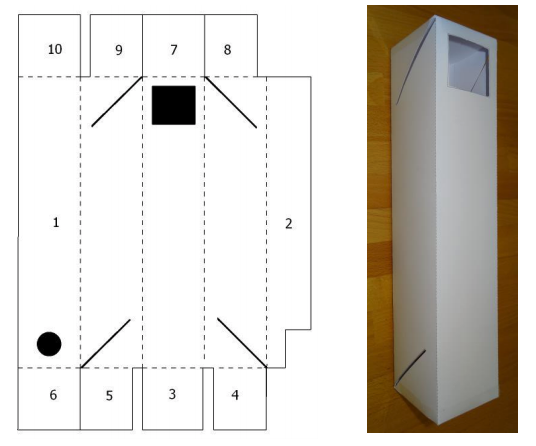 Slide the two mirror units into the slots. If the slots are too narrow then cut them a little wider. One mirror should be facing the rectangular hole, and the other mirror facing the round hole. Tape the ends of the mountboard to the box to hold the mirror units in place. 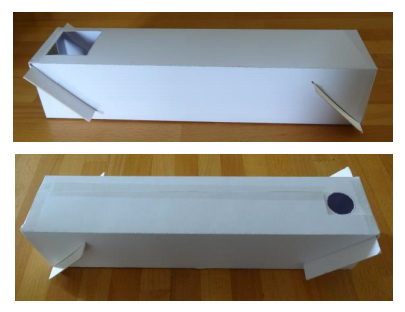 Decorate your periscope. You could glue on the foam leaves to camouflage it. You could also use other decorations such as felt tip pen, paint, left-over wrapping paper etc. 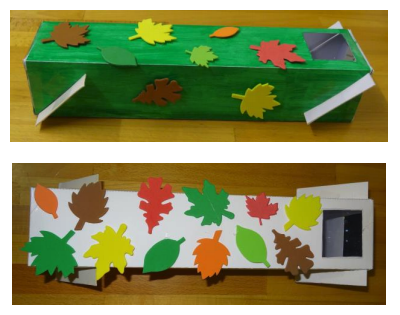 Try out your periscope! 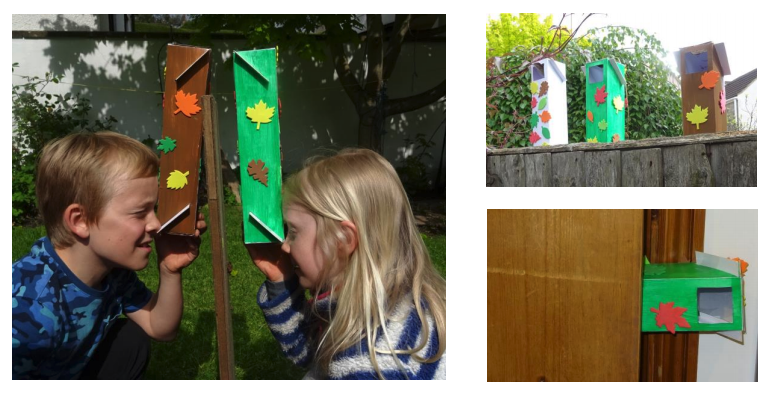 With thanks to Caroline Alliston, Technology for Fun, for writing this blog.

Caroline Alliston, is a professional engineer and technical author with a degree from Cambridge and twenty four years experience in industry. Whilst on a career break to spend more time with her two boys, she started a club at their school to enthuse children about science and engineering. Before long there were more children on the waiting list than in the actual club!

Caroline now spends her time running hugely popular workshops for teachers, pupils, home educated children, holiday clubs, Scout groups etc. Unable to be in three places at once, she has written the Technology for Fun series of books incorporating her favourite and most successful projects, to give even more children the opportunity to have fun making things that really work.