We all love Mr Men and Little Miss books and the latest creation is particularly timely!

Little Miss Inventor is being launched on the 8th March to coincide with International Women’s Day and British Science Week. The blurb says: “Her brain is full of ideas which she turns into extraordinary inventions in a shed at the bottom of her garden” and author Adam Hargreaves intends her to be “a positive role model” for girls. 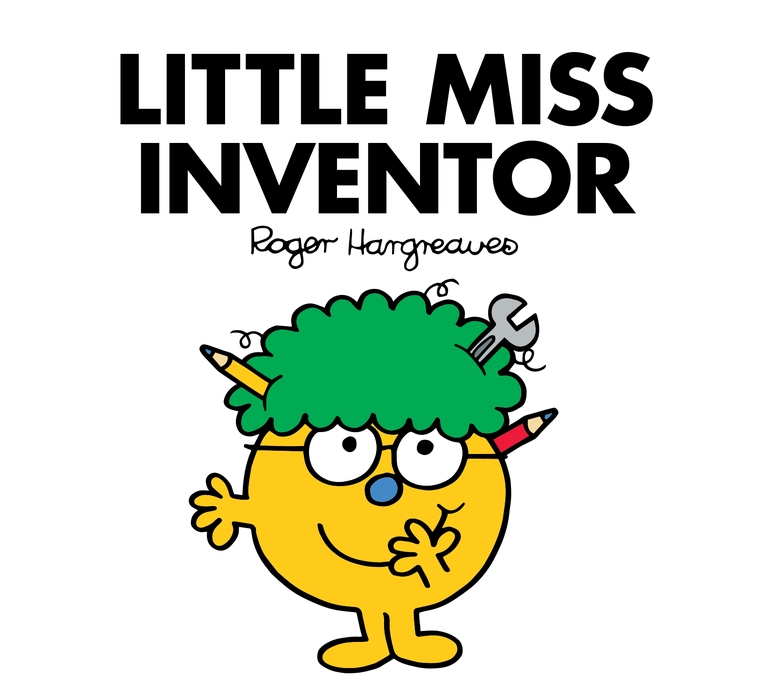 Alongside reading this delightful new book and as part of science week, why not find out about real women inventors? There are some fascinating stories! Children might create a timeline of inventors and inventions, or each contribute to a class book.

Don’t forget to enter our Science ICT giveaway in collaboration with Science Sparks – see the bottom of this blog post for details.

In this Sky News post, Dame Mary Archer, chair of the Science Museum Group, explains how famous figures from history can inspire a new generation of female scientists.

Below are 5 examples of female inventors to get you started, but there are many, many more we could have chosen. 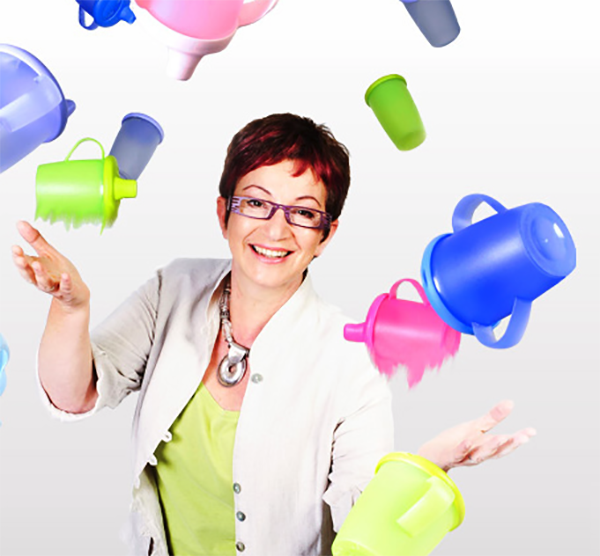 Haberman was born in England in 1956. She invented a special bottle (the Haberman Feeder) when she herself had a baby who had a lot of difficulty feeding She approached companies to invest, but they weren’t interested so she set up her own company and sold it to hospitals and parents directly.

Her next invention was the Anywayup Cup. This is a non-spill trainer cup which seals up when the child is not drinking.

Haberman says: “Being a female inventor and entrepreneur is great. You can build your idea from scratch, achieve both commercial and financial success, and rise as high as you dare to dream.”

In 1882, Maria Beasely decided that people should stop dying at sea. People had been navigating the seas for millennia, but until then hadn’t come up with an effective product to help in the event of an SOS situation. Now, thanks to Maria, thousands of lives have been saved!

Mary Anderson was born in Alabama, USA in 1866 and was very ahead of her time; as well as her famous invention, she also built apartments and ran a cattle ranch and vineyard!

It was on a visit to New York in 1903 that Mary had the idea for windshield wipers. She was on a motorised tram and noticed the driver had to keep stopping to clear the windows of snow. She returned to Alabama and asked a local company to produce a working model of her idea. The first models had a rubber blade controlled by a lever inside the vehicle. In the 1920s, windshield wipers using Anderson’s basic design became standard equipment on all cars.

Bette Nesmith Graham was born in Texas, USA in 1924. As well as inventing liquid paper, her other claim to fame is being the mother of Mike Nesmith of the 60s pop group The Monkees!

Nesmith Graham was a secretary and it was using the early electric typewriters that led to her invention as there was no way of correcting mistakes. She noticed that the artists painting bank windows for the holidays never erased errors, but painted over them, “So I decided to use what artists use. I put some tempera water-based paint in a bottle and took my watercolour brush to the office. I used that to correct my mistakes.”

Other secretaries heard about the correction fluid and were keen to use it to, so she called it “Mistake Out” and began to sell it. Later, Nesmith Graham started her own company. She perfected the substance and changed the product name to “Liquid Paper”. She eventually sold her company for $47.5 million in 1979.

Grace Hopper was born in New York City, USA in 1906. She studied maths and physics at Vassar and Yale colleges to achieve a master’s degree and a PhD.

During the Second World War, Hopper was assigned to a computation project at Harvard University where she worked on computer programming. A moth shorted-out the computer she was working on; she got rid of it and this is where the term ‘de-bugging’ comes from.

She worked on the first ‘compiler’ for computer languages. This takes worded instructions and turns them into code the computer can read. This was a very important pre-cursor to COBOL (Common Business Oriented Language) which is used all over the world.

Hopper was the first female recipient of the National Medal of Technology in 1991 and The Grace Hopper Celebration of Women in Computing Conference is a technical conference in her honour that encourages women to become part of the world of computing.

12 Inspirational Science ideas for your classroom