Place value is the understanding that a digit can have a different value depending on its position (or its ‘place’). It is an essential concept for children to understand as it is the basis of our entire number system, and crucial in using the four operations (addition, subtraction, multiplication and division) as they progress through school learning about ones (or units) and tens, to much higher numbers and decimals.

As always in maths, real understanding comes from building knowledge on firm foundations and as teachers are only too aware, when some of these have been missed, it can be very difficult to catch up. This is why it is crucial that children are given frequent opportunities to develop early number sense.

They need to experience and play with numbers in many forms, using all types of objects and in different patterns. They should be able to relate the number name to the digit picture and the written word and know that, for example, the value of all the representations below is 5. 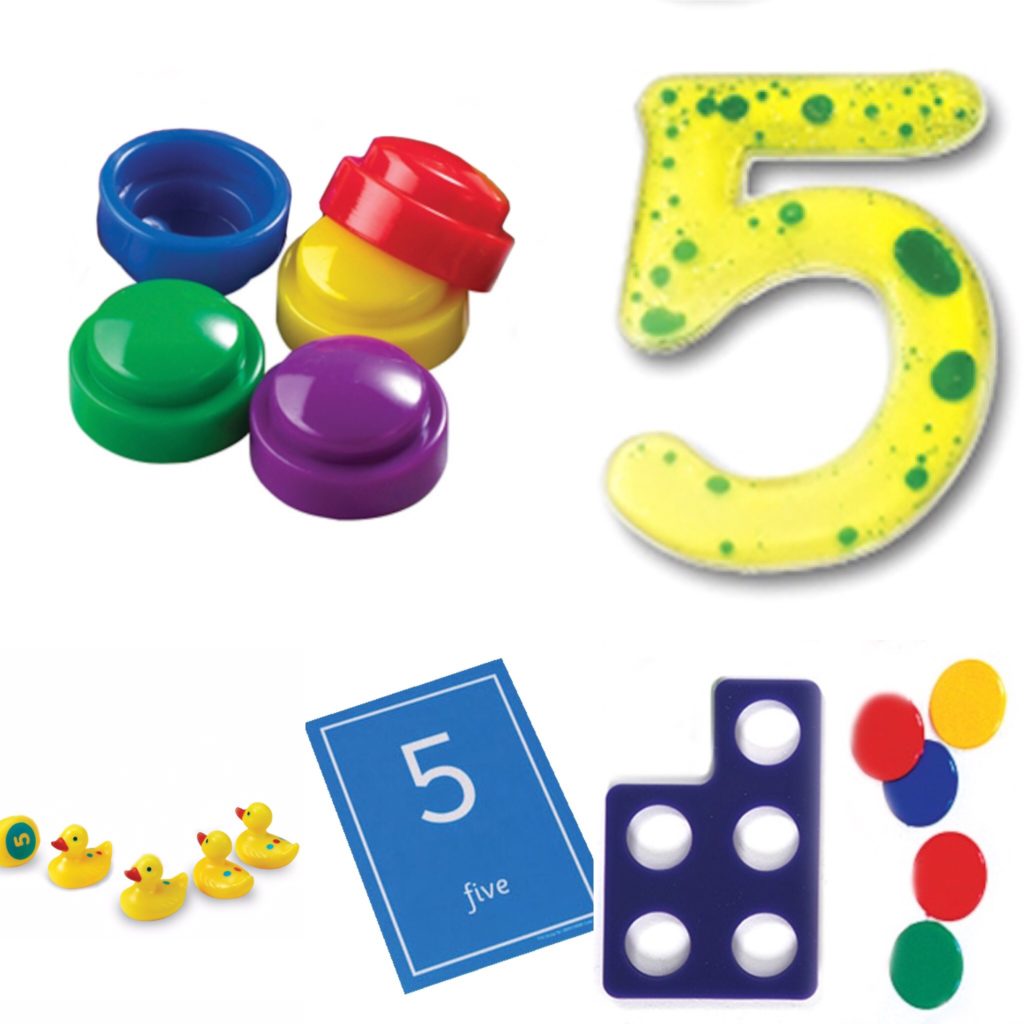 The conservation of number i.e. knowing that 5 is always 5 (whether it refers to a number of sweets or elephants) is part of this, as is the ability to subitise.

Subitising is a term first used by the Swiss psychologist Piaget, and defines the ability to recognise the number of a small group of objects without having to count them. Children who have played a lot of board games are often good at this because they are used to reading dice, but there are many other exciting ways for children to develop this skill. Any domino type activities or games with spots are good for this.

Early number sense includes awareness of one-to one correspondence – the ability to match one object to another object or number. As children begin to relate objects to numbers, they are developing this understanding. Many children come to school with the ability to say numbers in sequence and they really enjoy doing so (sometimes up to 100 or even more!). However, they often do not have awareness of one-to one correspondence. You can quickly tell when a child is not secure in this by getting them to count a number of objects. They may point to the objects, but race on as they count. It is a good idea to slow them down and get them to physically move each object as they say the next number. 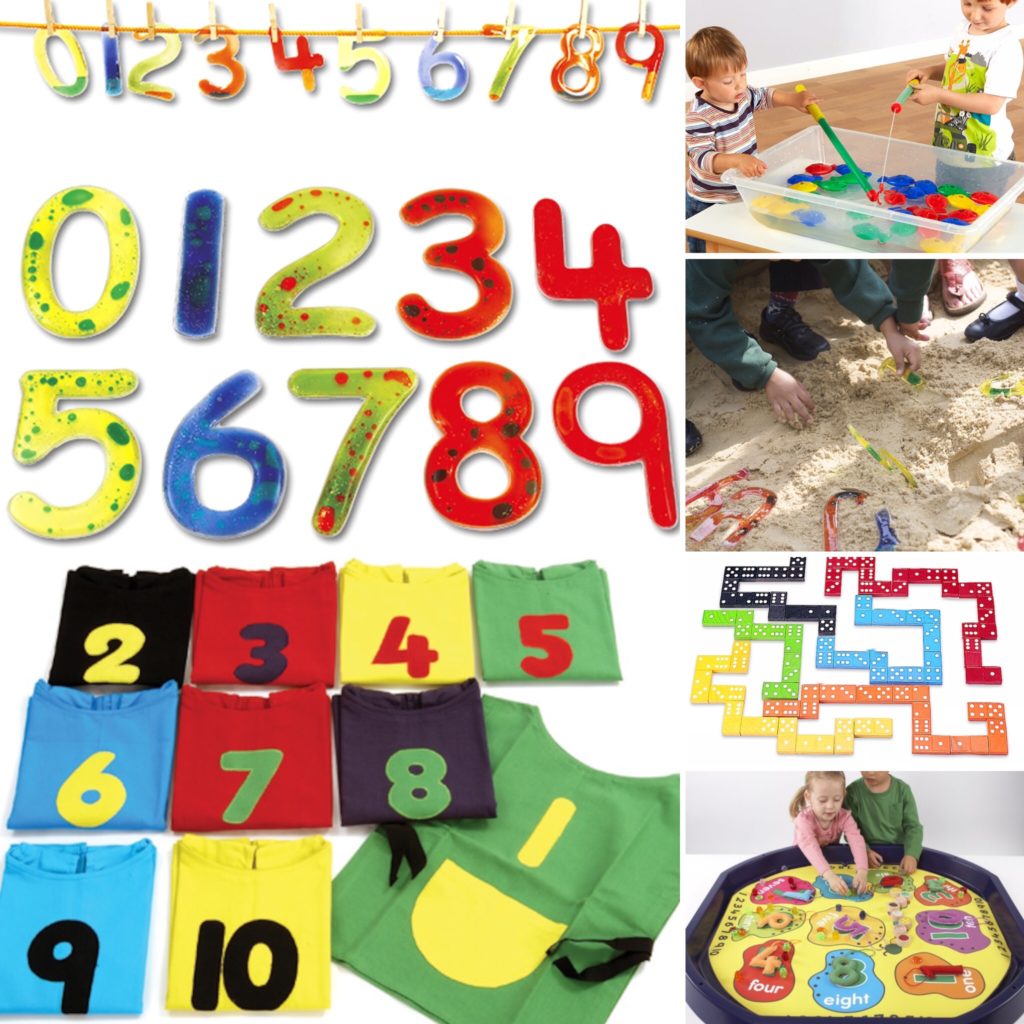 Another stepping stone on the way to real understanding of place value is that children are able to order numbers. Many children love to order things as part of their natural play, for example, lining up objects such as cars, or toys, or even themselves! There are so many ways to use and develop this important skill when it comes to sequencing numbers. Washing lines are a great tool – mixing numbers up and getting the children to correct them or leaving gaps for them to fill in. Children might fish for plastic ducks or go number fishing (for other numbered objects) then order them. They might find numbers buried in sand or create a path with number mats where only the correct order will lead them through shark-infested water! They might create their own dot-to-dot puzzles. They might wear numbered bibs and have to order themselves (even if some of the numbers are missing – which ones are they?) Eventually, children might re-build a 100 square that has been cut into a jigsaw. 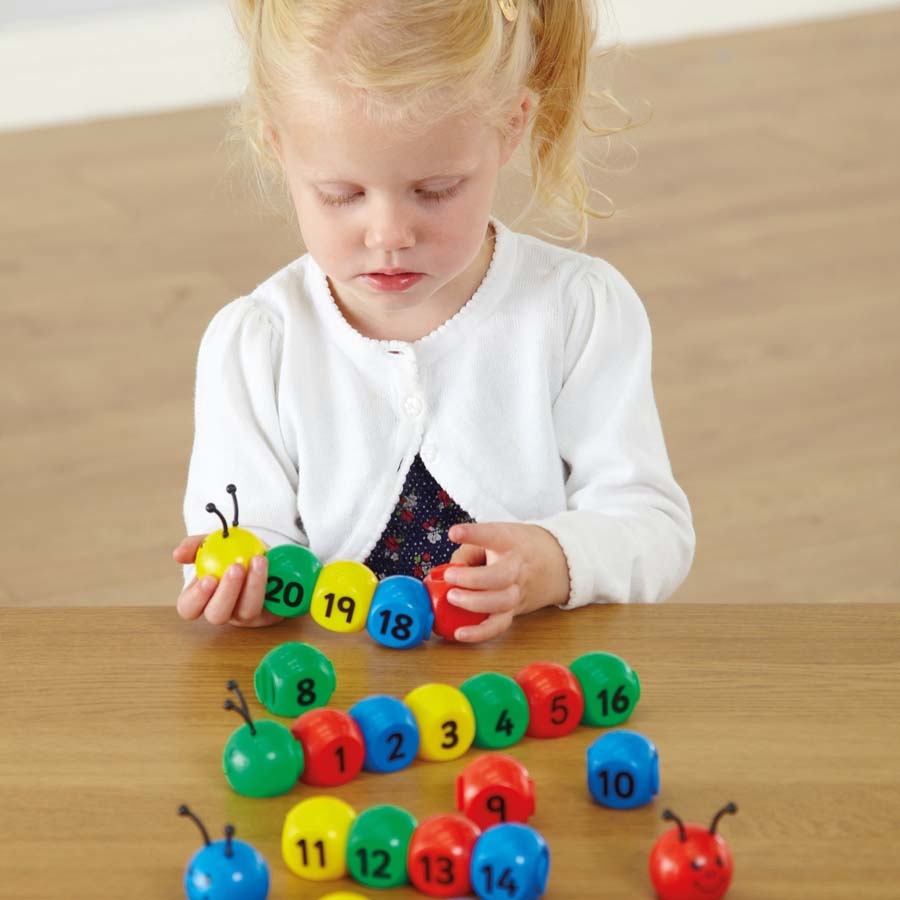 Before children truly understand place value, they must have a sense of ‘ten-ness’. Ten is obviously a crucial number in our decimal system. Children need to have a good sense of what ten means, looks like and is made up of.

Unless they have experience of playing with and counting individual blocks to make up a rod or stick, they will not understand why it represents 10 – after all, it is just one stick/rod. Ask, what do numbers less than ten look like? Use cubes and 10 sticks, rods, number frames, bead strings etc. Find different ways to make 10, using amounts and numbers up to 10.

Once children have a good sense of what 10 is, they will be able to practise the next vital skill of exchanging, first with real objects and eventually in the abstract sense of written numbers. They will enjoy playing games where small numbers are generated, for example by throwing a die, then whatever apparatus you are using, e.g. cubes or pennies are collected and exchanged for a stick/rod or 10 pence piece.

Many free games are available by searching the web, such as:
www.eathappyproject.com/resources/activity-sheets/corn-feedchase-ages-5-7

Before children can progress further in learning about place value, they will need to be able to count up and down in 10s. An understanding of ‘ten-ness’ is vital here, otherwise, just like learning to count, the chanting of the multiples means nothing. Whenever possible, especially when children are struggling, use base ten apparatus as a visual representation of the 10 times table.

Many children also have particular difficulties with numbers 11 to 20 because they are different to the rest of the system. (Why is fifteen not ‘tenty-five’?) Being able to instantly recognise and say these numbers can be a real challenge for some and much re-enforcement is required until they are completely confident.

All of these early skills form the basis for helping children to have a real understanding of number and of place-value. Of course, although there is a hierarchy to conceptual understanding in maths, it is not in a straight line; all of these concepts interlink and overlap and cannot be taught or learnt in isolation. 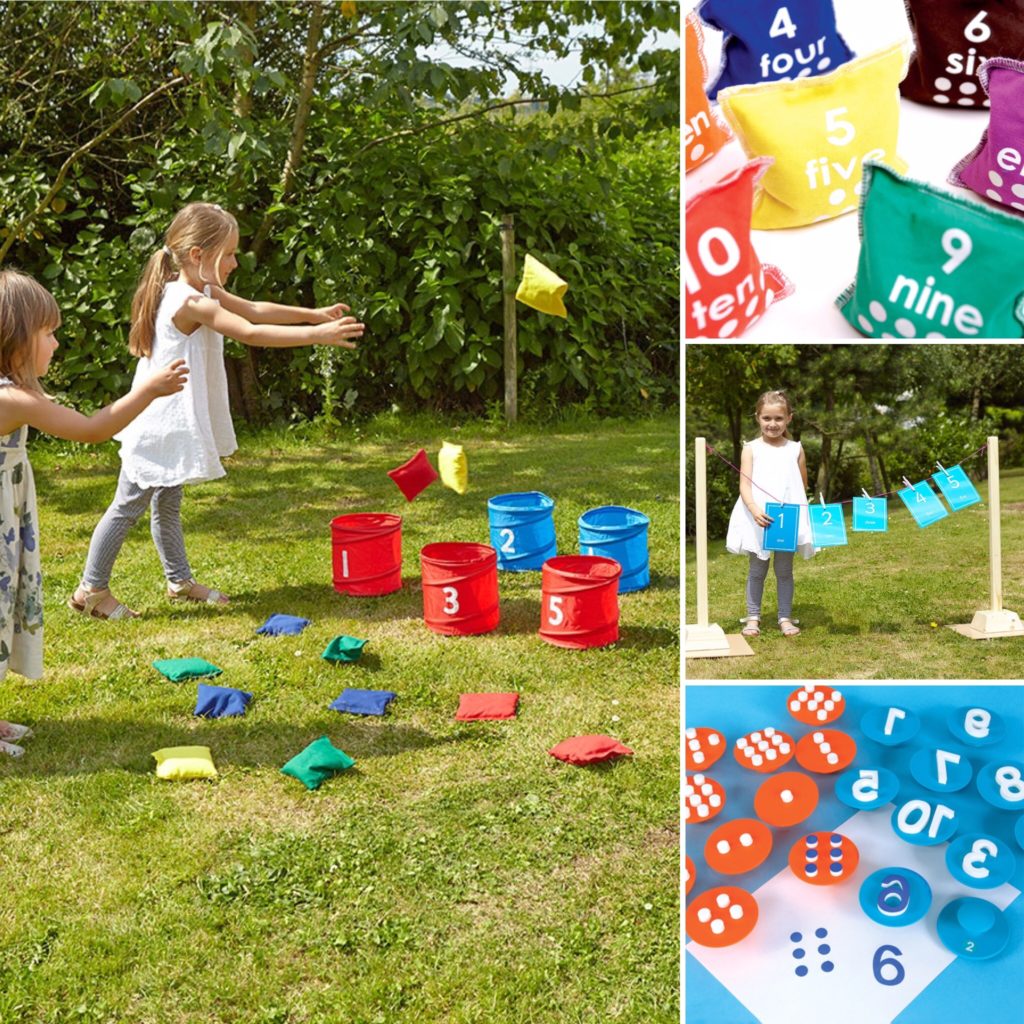