Take this opportunity to make something ancient relevant to your children, with these practical classroom ideas based around the Olympics, this year in Rio, Brazil that span a wide range of curriculum areas. 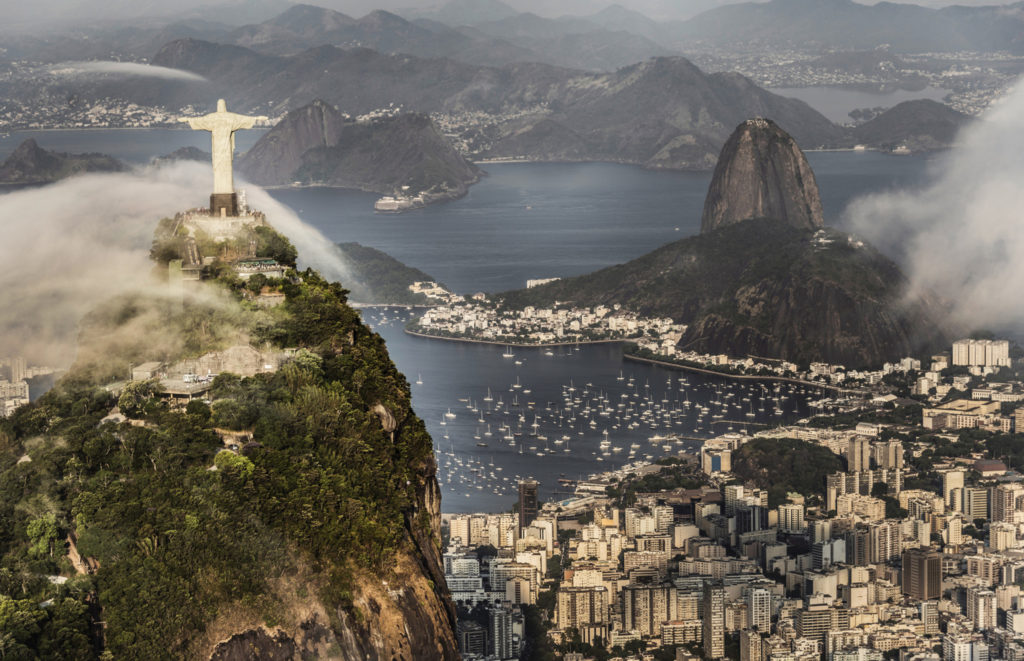 Beautiful Rio de Janeiro with Christ and the Sugarloaf Mountain

The recent unveiling of the new British team kit for Rio, along with the lighting of the Olympic torch in an ‘ancient’ ceremony [dating from 1936 and the Berlin Olympics] at Olympia reminded me that it is nearly time for the 2016 Olympic Games. The first Games, as I’m sure you know, were held in 776BC, but were banned by Emperor Theodosius I in 394AD when he banned all pagan festivals. They were revived in 1896 and, with the exception of during World War One and Two, have been held every four years since.

The journey of the torch from Mount Olympus to Rio gives an ideal opportunity to study some geography. Key Stage 2 curriculum contents refer to students being taught the major countries, cities, rivers, mountains of the world. Like in Britain in 2012, when my 12 year old daughter had the privilege of being a torch-bearer, the torch will travel the length and breadth of Brazil. This provides a perfect opportunity to explore the diverse regions, climate and people of the country. A big map of Brazil on the classroom wall, a few map-pins and some thread will help trace the journey of the torch, and keep pupils intrigued. 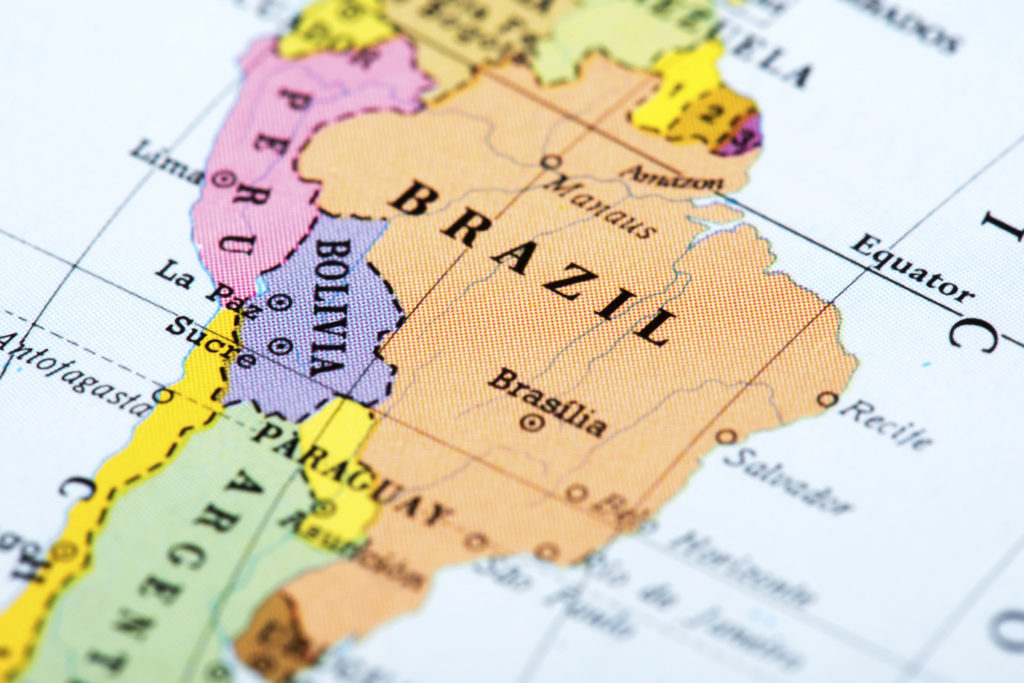 The most obvious curriculum link is, of course to history, and the KS2 unit ‘Ancient Greece – life, achievements and influence.’ This is perhaps best paraphrased as ‘what have the Greeks done for us. ‘The Ancient Olympics’ were set up as a tribute to Zeus, [quite ironic as they were later banned as ‘pagan’] and were preceded by a truce of one month. Can you imagine that today with warring groups being asked to stop fighting for as the Olympic Games are being held. The Olympics were for men only, although later separate games for [unmarried] women were introduced. No money changed hands as the athletes were all amateur. The honour of winning meant you would be idolised throughout the Greek world. 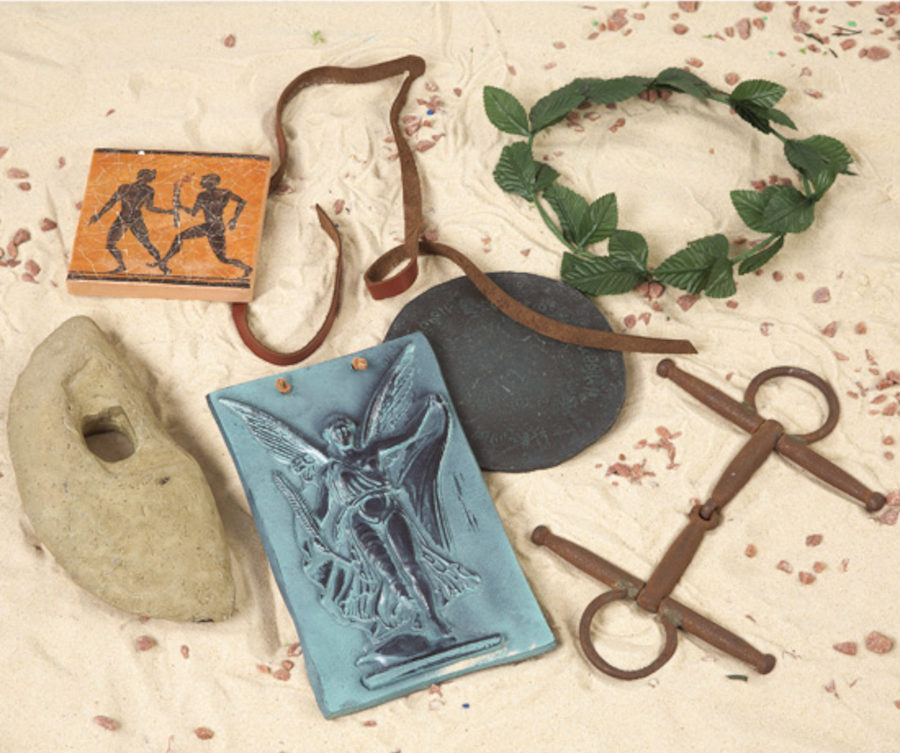 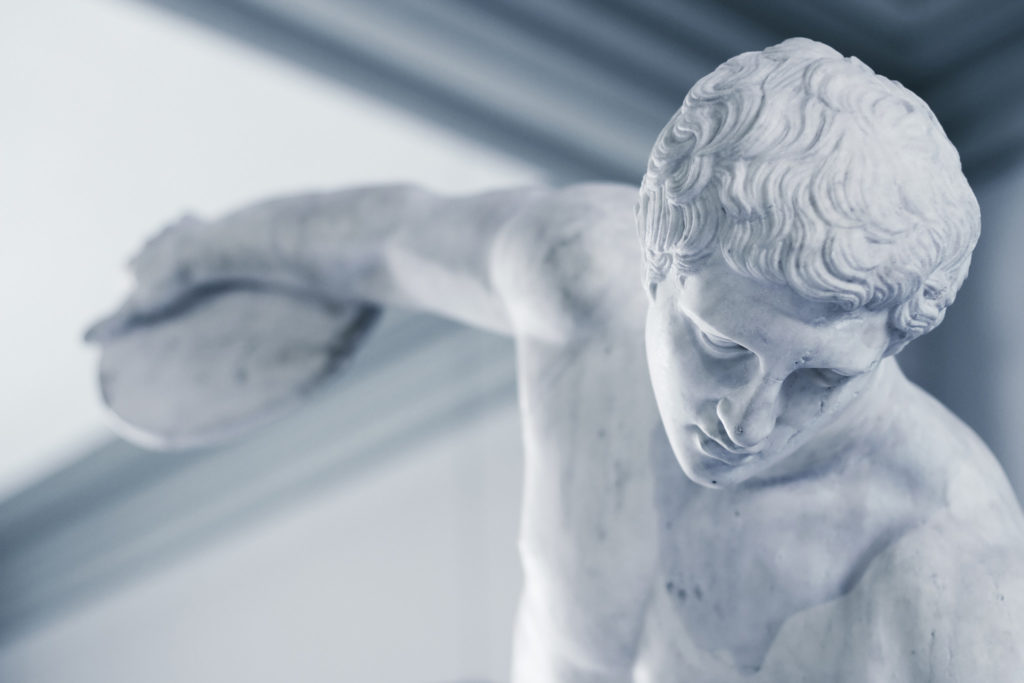 An obvious way to study the Ancient Olympics is through continuity and change. Which events were part of the ancient games, and which of those are still competed for today? Early events were mostly war-like; running, throwing the javelin, chariot racing, running wearing armour and carrying shields. Gradually the list of events extended, but nowhere near the number of events in a modern games. You can buy from TTS a replica discus and weights used in the standing long jump. There is nothing like holding artefacts, even if they are replicas, for provoking questions and discussion. The discus is relatively easy, it is in effect, the same event today. But the standing long jump? What were the weights for? How did they help performance? [Swinging them back and forwards in your hands with your arms extended helps to make the jump longer] If your children participate in indoor athletics they will still take part in the standing long jump. How about that for continuity? 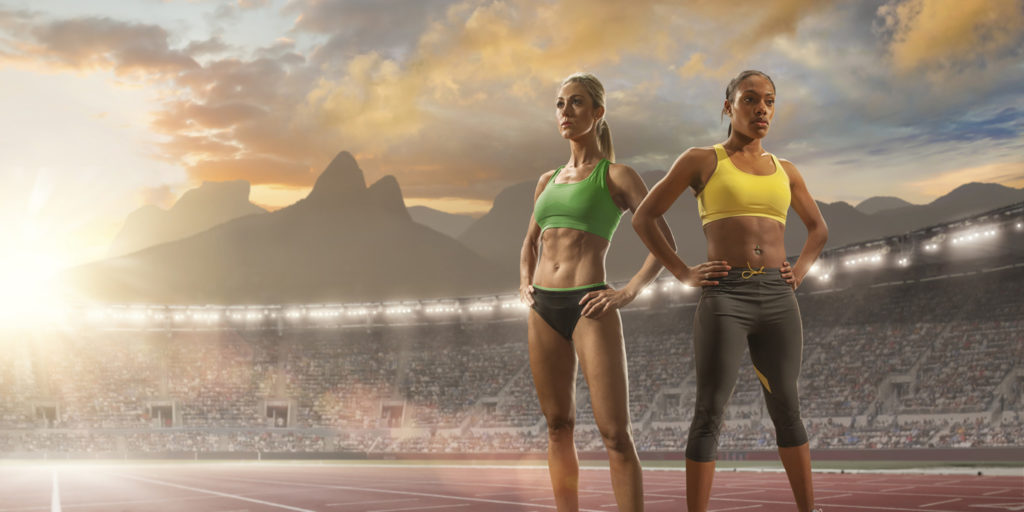 Don’t forget Key Stage One and ‘Significant People.’ There are plenty of those you might choose – Mo Farah, Chris Hoy, Steve Redgrave, Usain Bolt, Michael Phelps, Mary Peters, Jesse Owens etc. There are also plenty of others to choose from e.g. Charlotte Reingale Cooper, the first woman to win a gold medal in tennis in 1900. Learn about the first paralympics in London in 1948. Wheelchair racing was designed to help rehabilitate wounded WW2 servicemen. Consider the Jamaican bobsleigh team in the 1988 Winter Olympics and the inspiration behind the film, ‘Cool Runnings.‘ The current issue of the Historical Association journal, ‘Primary History’ features Dorando Pietri and the marathon in 1908. He crossed the line first with help after collapsing, but was disqualified. ‘Primary History’ issue 58, from 2012, is a complete issue devoted to how you might use the Olympic Games in the classroom, much of which is still relevant today. 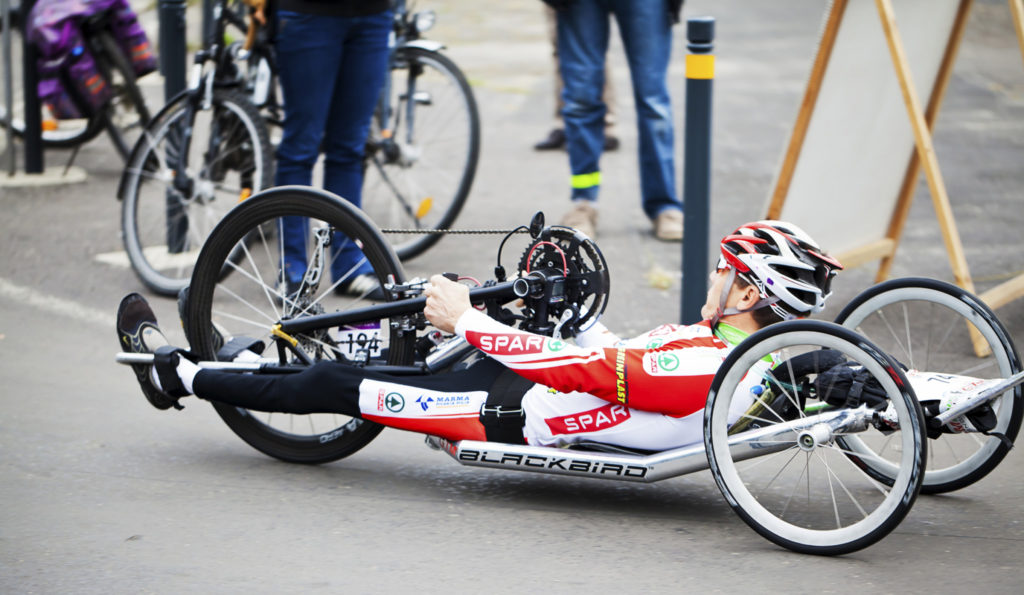 There are potential links to most other subjects if you think about it. You might try some Brazilian food in cookery classes, or Samba in music and dance. Reporting races, inviting participants, designing brochures and so on gives lots of scope for English and writing activities. Scheduling events and recording times give scope for mathematics and, of course, there is always the opportunity to go outside and hold your own Olympic event. Why not let the children decide which events to include, and which they each want to take part in? Whatever you do, make the most of this opportunity to make something ancient relevant to your children. As we all know, when they see a clear relevance then they engage much better. 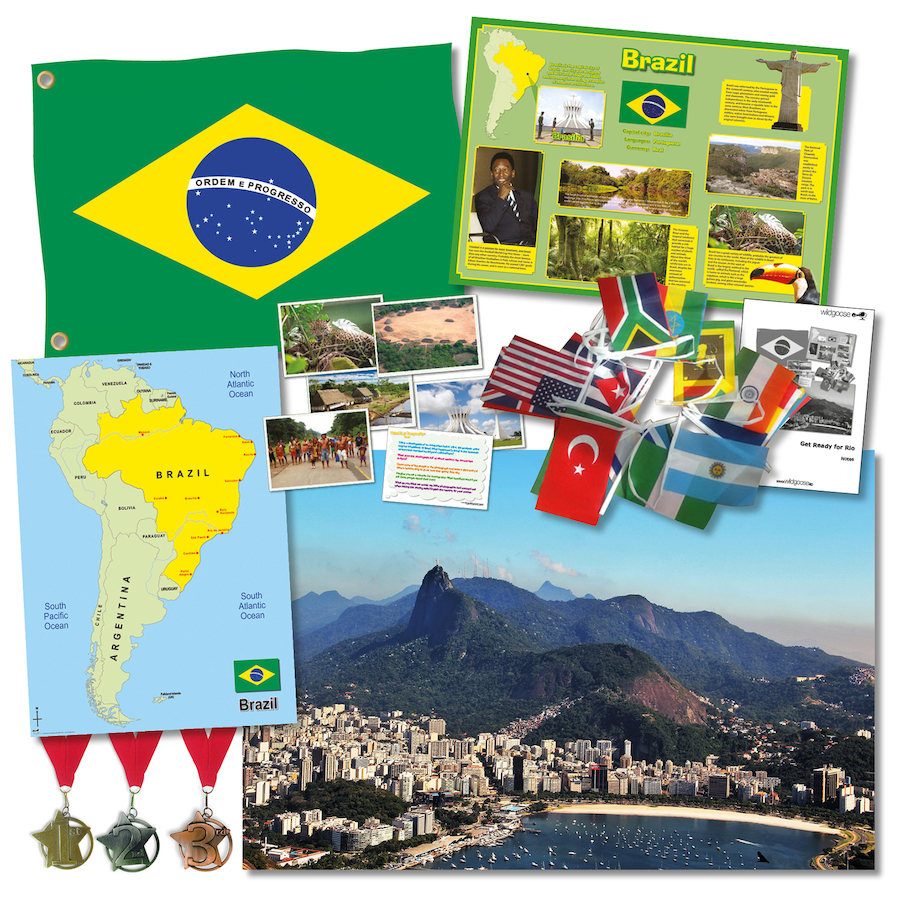 The TTS Get Ready for Rio pack is a great resource pack which will provide a unique insight into the host country and help to bring Rio into the classroom through a topical theme. The teachers’ notes included provide Olympic-based activity ideas covering Sports, Medals, Geography, Science, English, Art and Design and Maths. 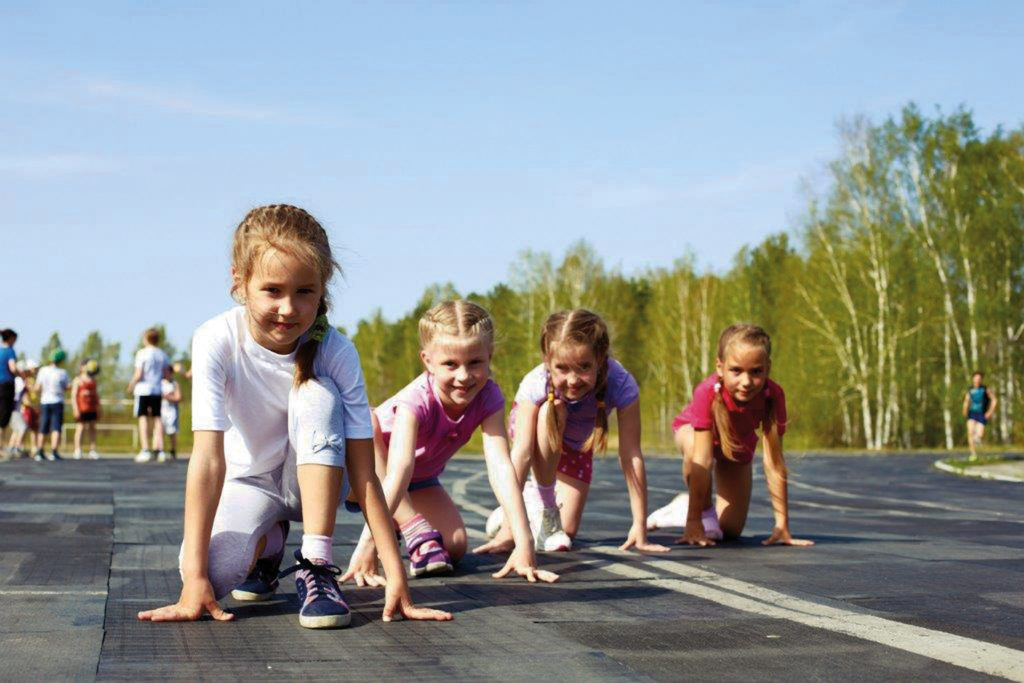 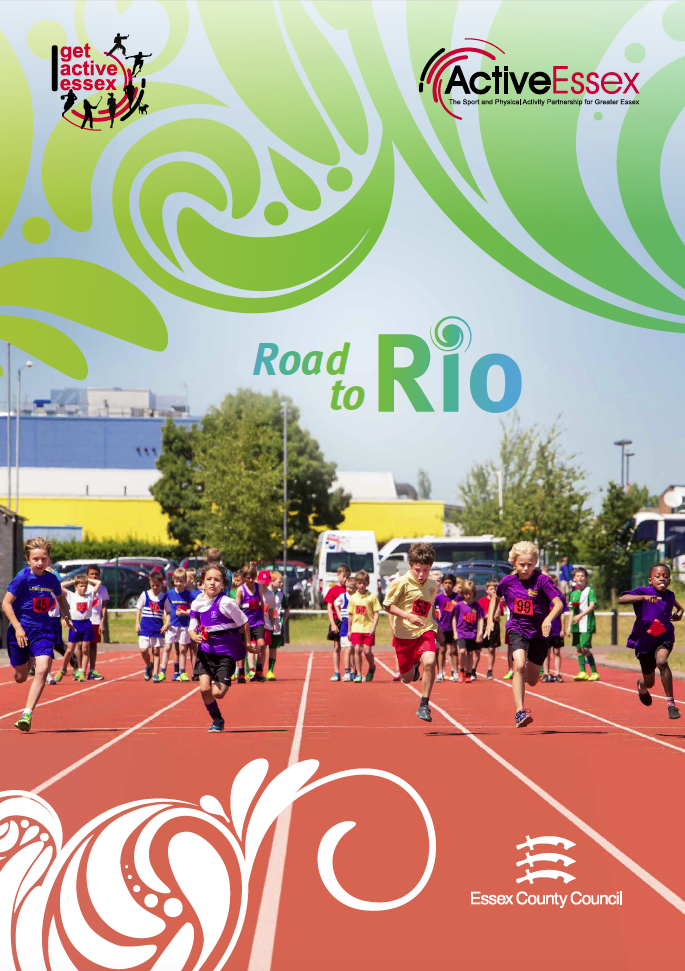 Download this FREE Road to Rio Olympics Education pack by Active Essex – a cross curricular support pack that aims to utilise the inspiration of the games to engage schools and young people on all areas of school life.

‘Primary History’ is available to members of the Historical Association via www.history.org.uk

Events in Rio can be found on the Rio Olympics website: www.rio2016.com/en