Did you know that if Queen Elizabeth II had been born in the summer months, she wouldn’t have had a second birthday? The Queen’s actual birthday is on the 21st April but she celebrates it on a Saturday in June, when the weather is likely to be nicer. Her Majesty is celebrating her 90th birthday today, and on the 2nd of June she will also celebrate 63 years since she became Queen.

Her coronation was in 1953 at Westminster Abbey, in front of 8,000 guests. People all over the country held parties, decorated streets of their towns and cities in her honour. For the first time in history, people were be able to watch a monarch’s coronation in their homes as it was shown live on the television. 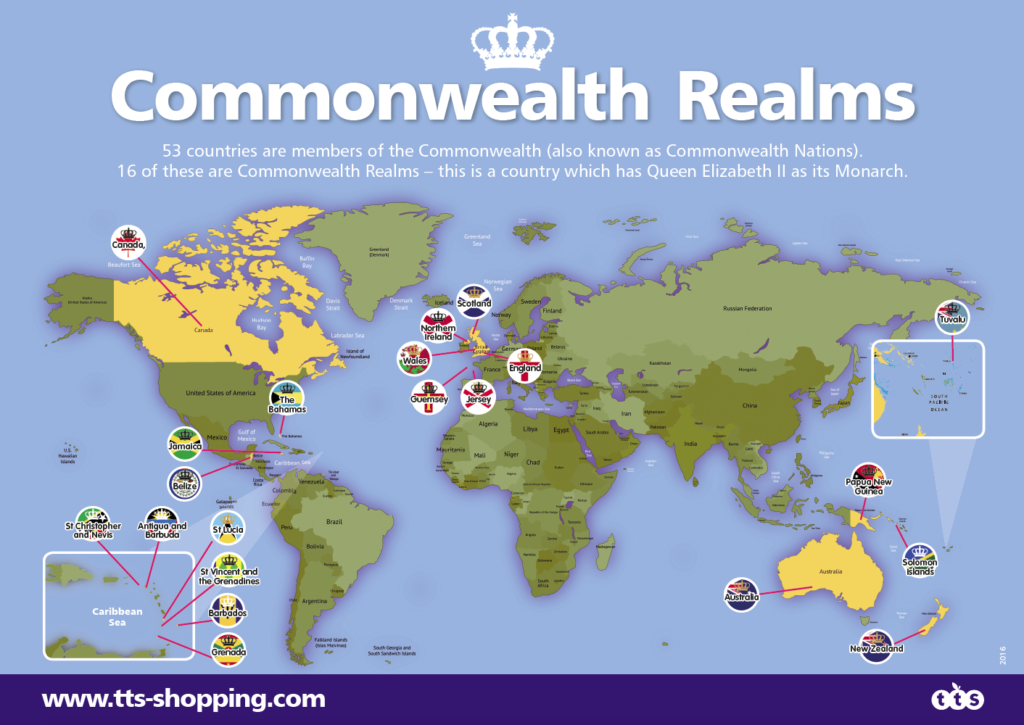 Try these activities based on our free downloadable Commonwealth Realms map