When I first got this product and opened it I was impressed with the bright colours of the soft basket. The children loved the fact that it had a lid and initially played with that, putting it on and off for a very long time. 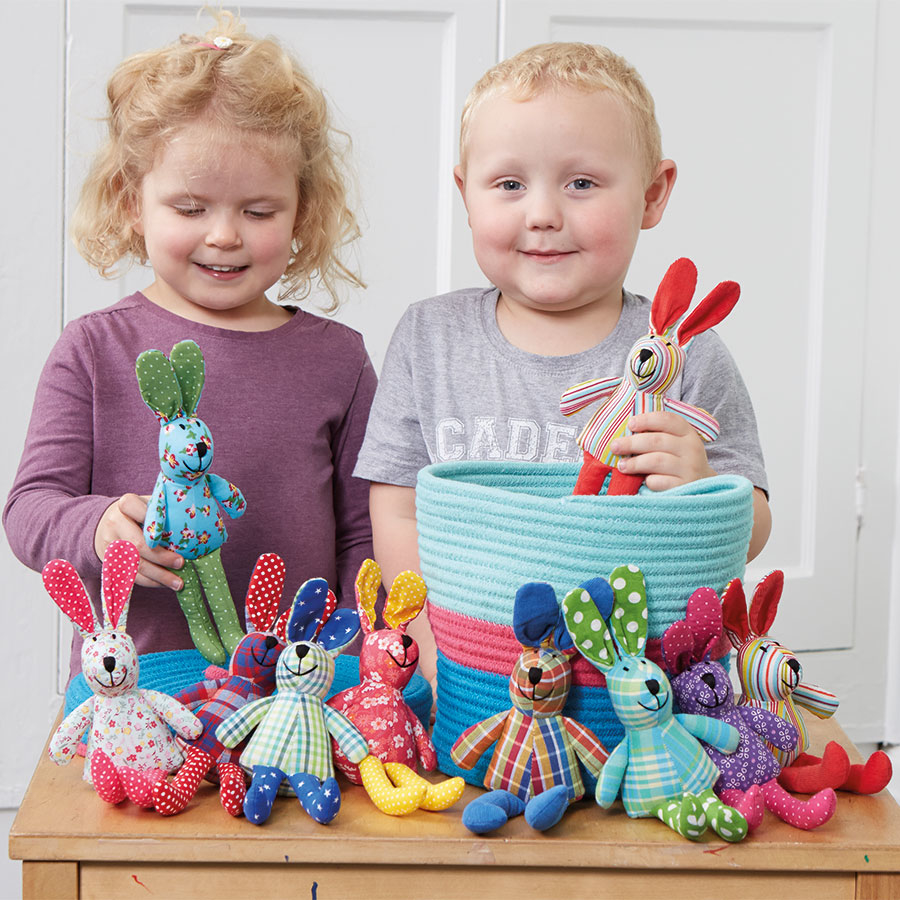 When we did get to look inside at the bunnies the children liked them, and straightaway started to comment on all the different types. All the bunnies had black tails and black stitching for the eyes and nose, but their bodies and legs and ears were in bright colours. There were different types of flowers on their chests, and some had checks or stripes. The legs had stars, dots or were plain, and some of the bunnies were made with a soft-to-touch material on their legs and ears. There were two bunnies that were exactly the same, with stripy tops and red legs; this was quickly picked up by the two older children, who straight-away said that they were twins and had to stay together! 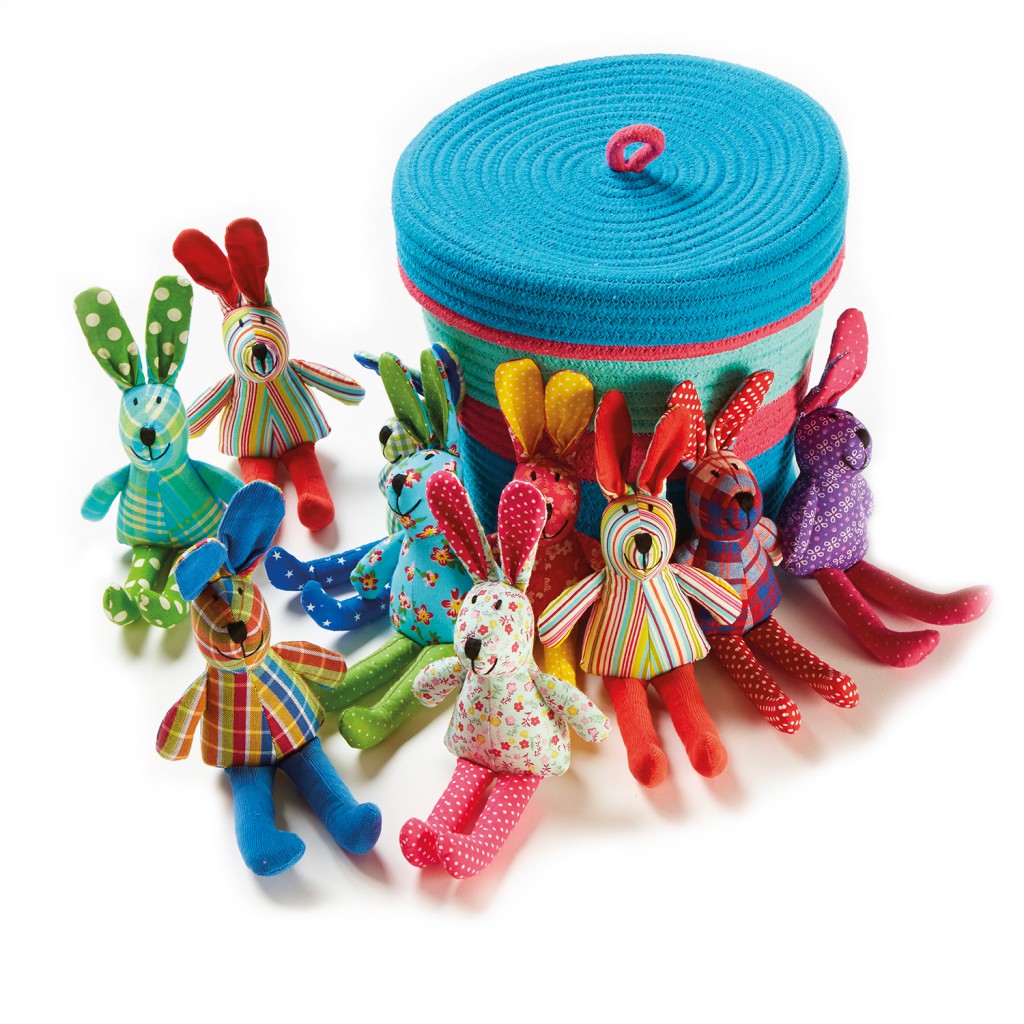 We played with the Bunnies for a while, just talking about them and looking at them. There is lots of language you can use about the bunnies being soft and cuddly. There are patterns and shapes you can sort the bunnies into. The one-and-a-half year old was quite happy just to collect them up in his arms and walk around cuddling them, which we let him do for a while. When he sat back down with us, we started talking about what we could do with them and started matching different pairs. Then we decided to count all of them, putting them into a long line and taking some away; this was really good for adding or subtracting, or in simple terms less or more or sometimes the same. We then divided them into two sets between the two older children, and asked them to give some of the bunnies to the smallest child. I then asked them to tell me how many they had given him, and to work out how many bunnies they still had. This was a great game, and we took it in turns to be the one working out the answers!

The littlest child then found a story about bunnies which he wanted to read, cuddling all 10 bunnies so that was the end of the games that day.

A couple of weeks later we decided to have some friends over and I used the bunnies as a play activity; because there are 10, we had enough to give each child a bunny and we sat in a circle. I then asked the children different questions about the bunnies, and they would run into the middle if they had the right bunny answer.

The children loved this game and we played for ages. I think there are some great opportunities with the bunnies for extending early maths, and to develop language skills – especially their descriptive words. 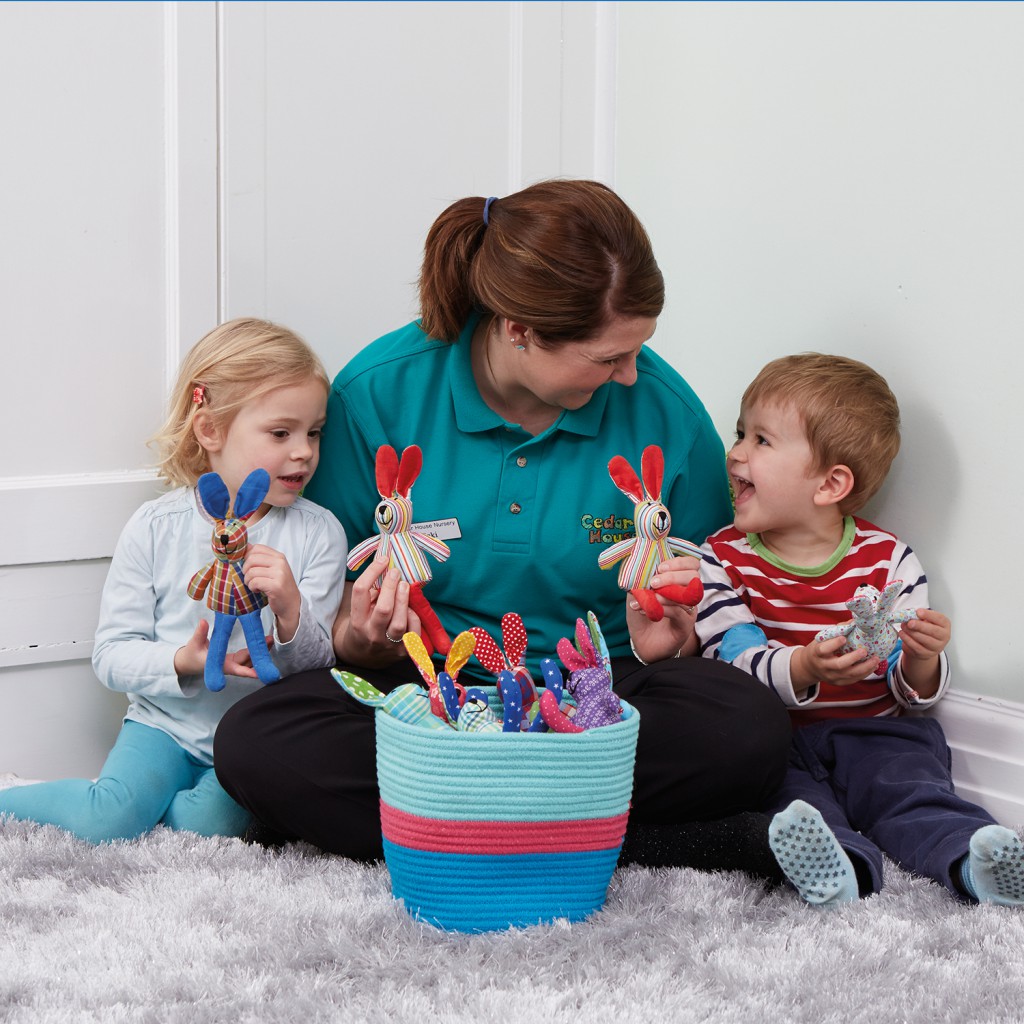 I think a Nursery would also benefit from this product and would be able to use them as an open – ended small world resource.

We had great fun with the bunnies and will continue to use them in my setting often.

View the short video of the TTS Basket of Bunnies here: